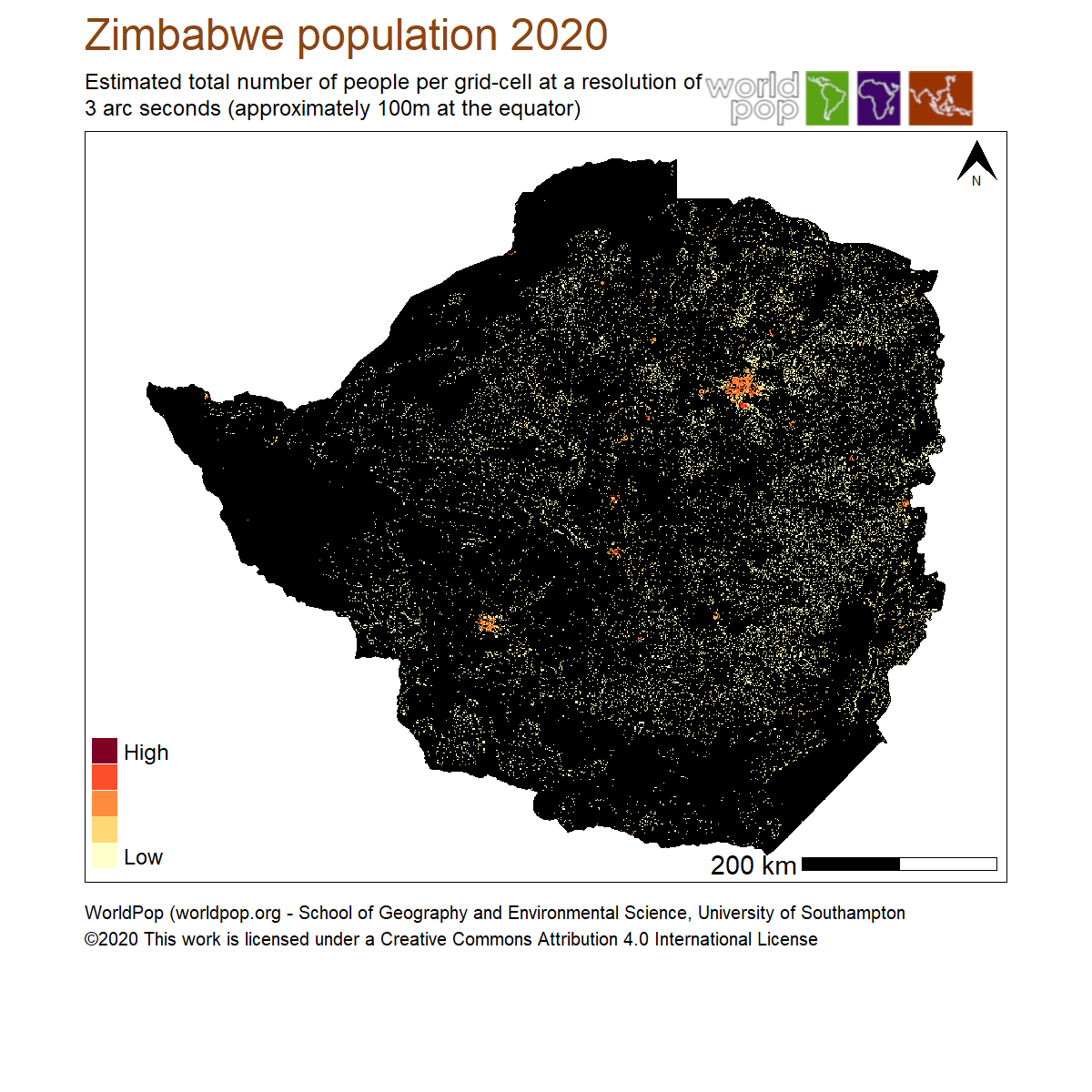 The spatial distribution of population in 2020 with country total adjusted to match the corresponding UNPD estimate, Zimbabwe

Estimated total number of people per grid-cell. The dataset is available to download in Geotiff format at a resolution of 3 arc (approximately 100m at the equator). The projection is Geographic Coordinate System, WGS84. The units are number of people per pixel with country totals adjusted to match the corresponding official United Nations population estimates that have been prepared by the Population Division of the Department of Economic and Social Affairs of the United Nations Secretariat (2019 Revision of World Population Prospects). "NoData" values represent areas that were mapped as unsettled based on building footprints provided by the Digitize Africa project of Ecopia.AI and Maxar Technologies (2020).

Pdf file : Get pdf file Data Files :
Download Entire Dataset / 26.75 MB
WorldPop datasets are available under the Creative Commons Attribution 4.0 International License. This means that you are free to share (copy and redistribute the material in any medium or format) and adapt (remix, transform, and build upon the material) for any purpose, even commercially, provided attribution is included (appropriate credit and a link to the licence).